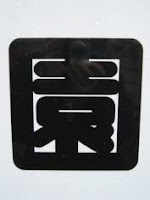 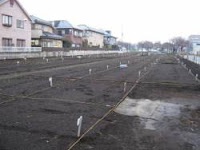 So, we picked a good bundle, and waved a farewell until the next time. I'm so happy.

Cathy said…
A comprehensive post that takes you from disappointment to interest to hope to elation! and finishes with a poignant sweetness expressed in a way that brought a tear to my eye. I'll try to share it with Ken when the time is right.
Glad you found a Frog Holler surrogate!
April 3, 2009 at 1:04 AM

Linda Knox said…
Yup, great story Joan. Another fine example of joy to be found when the heart gets to lead. So glad it paid off so quickly. Looking forward to hearing more about your new friends.
April 7, 2009 at 4:55 AM

Diana Dyer said…
Joan,
Just checking in with your move and "doin's" and so encouraged that you found a silver lining under the initial disappointment of not getting a community garden plot. I'm so glad to have met you so soon before you left. I love having events to look forward to, and having you come back to the A2 area fits that bill. I'm sending you a cyberhug across the many many miles. :-)
April 7, 2009 at 1:00 PM

Kevin said…
Great to hear it! I was going to offer you some space near our fields, but its quite a long and expensive trek to get out here from Tokyo on a regular basis.