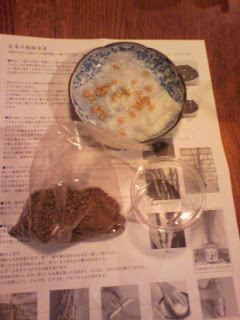 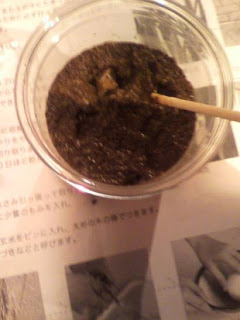 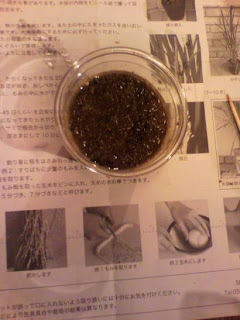 4. Place the good sprouts in the holes and cover with soil. I took "good sprouts" to mean those with two vigorous sprouts or roots. Most of mine sprouted, so I sort of jammed them into the pot and covered them with soil. I'm not sure if I'll regret that choice or not, but I just went for it.
5. Place tiny pot in a sunny window and monitor the water level. Keep it moist until little green shoots appear.
Fingers crossed now, as with every seed I plant, that the green sprouts appear!

Joan Lambert Bailey said…
Thanks, Anjuli! I love it, too. They are just starting to turn green. I feel like I'm learning so much through this process.
May 11, 2010 at 8:29 AM