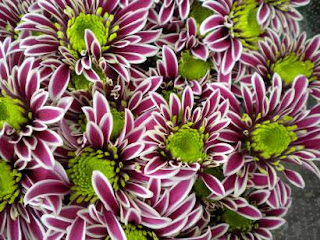 This week's compendium is all over the map (and includes a map!) of food, gardening, farming, radioactivity, and reflections on city living. It's all so connected - my ability to farm, garden, and subsequently harvest in an urban area in a country in a nuclear crisis - that the resulting avenues to explore are infinite. Here's a sampling of this week's literary wanderings.
An interesting food map traces the paths of coffee, black pepper, and tomatoes, and the end of the short post poses a provoking question for locavores: What if people in 1500's Italy had rejected tomatoes as not being traditional or local enough?
A lovely read about New York's quiet little corners that made me think of some of the places I love best in Tokyo is followed by this one from the same author about the 'music' of the city. As I listen to my neighbor sweeping in front of his house at 6:30am, I can relate to the author's point.
A new blog I found this week via Twitter, Oats, offers up some beautiful photographs, tasty recipes, and some good writing. If I had an oven, I'd be making that rhubarb crisp right now...well, maybe not right now as it's already brewing up to a warm day, but you get the idea.
While not related to gardening or farming directly, this post touches on something near to my heart at the moment: Fukushima's refugees. So many of them are farmers, and the news from the exclusion zone remains bleak. It is irrelevant that the text is in French. The photos speak volumes.
This brief update about radiation in the food supply is helpful and practical for folks living in Japan is nicely balanced by this one about making garlic wine. I'm giving some thought to adding it to this year's collection of shu's (rhubarb and ume only at the moment) in the laundry area.
Photo: A striking bouquet of daisies (or are they cleverly disguised mums?) for sale at the Ichinomiya Shrine last weekend.
Posted by Joan Lambert Bailey at 1:07 PM

Hello there, I just wanted to stop a moment and let you know I've been reading your blog for awhile and enjoy your articles. We have many similar interests and I hope you will hop by my website some day. Take care, and thanks for sharing your gardening life in Japan.

What a wonderful note to see, VGC! I will swing by your blog and take a look. It's nice to know who's out there!